The story of Black History Month (BHM) is brimming with incredible people who have contributed to the formation of this annual event, celebrated every October here in the UK since 1987.

BHM was first proposed in 1926 in the United States by historian and writer Carter G. Woodson (1875–1950), its focus being to expand the narrow view of black people in history propagated by the west, celebrating achievements which would educate and inspire future generations, thereby elevating the fight against racism.

In the US, Black History Month has since been held every February in honour of the birthdays of abolitionist Frederick Douglass (c.1818–1895) and President Abraham Lincoln (1809-1865).

Akyaaba Addai-Sebo, formally of the Greater London Council, is known as our architect of Black History Month here in the UK. The traditional schedule of which was altered slightly to better suit children in what he believed to be a particular period of the year that could better engage them. As he explained during an interview with the former Labour Councillor Patrick Vernon, “we settled on the propitious month of October when the weather was not cold and children were fresh after the long summer vacation and had less to worry about”.

This year’s Black History Month has come at an important time to help shape the context of where we find ourselves today, reflecting on the very recent and ongoing campaigning surrounding ‘Black Lives Matter’.

Crowdfunder UK is a very good indicator of what is currently at the forefront of the public’s attention. A mechanism which uses financial contributions to demonstrate a community of support and interest in a certain subject, tells us a lot about what people really care about.

We are very happy that throughout this month we can share with you the wonderful collection of projects that are using crowdfunding to champion black history and education.

For those of you who don’t know, the head offices for Crowdfunder UK are based in Newquay, Cornwall. The Crowdfunder UK building, C-Space, was host to a Black Voices Cornwall event on October 1st for the promotion of their crowdfunding campaign ‘Bitesize Black History’, to get a curriculum package for black history into every school across Cornwall. Held across Zoom with 40+ attendees, the Black Lives Cornwall group offered music, discussion and debate on the subject of racism and their work towards a more inclusive society in this county. 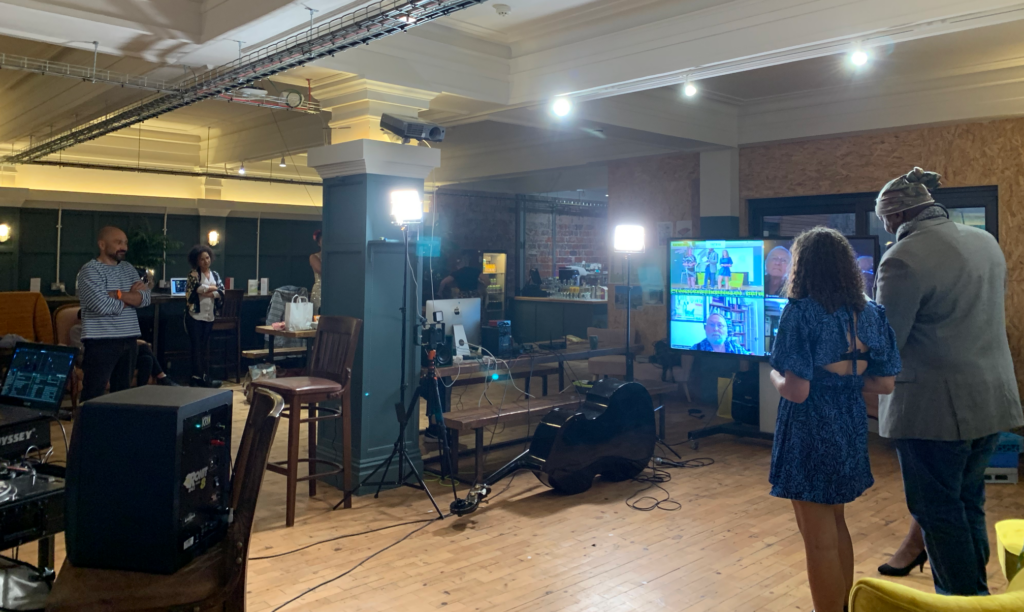 Black Voices Cornwall (BVC), were swiftly formed after the death of George Floyd and according to their new website, “exists to enable Cornwall to become an actively anti-racist County”.

We discussed with Marcus Alleyne, one of four Executive Directors of BVC, the role Cornwall can play in this movement. “Cornwall is a very proud place, somewhere that is well loved throughout the country, a county that’s full of unique traditions, landscape and culture”. As you might expect with most far flung places in the UK, Cornwall is predominantly white, with 98.2% of people identifying as such in the last 2011 census. Recounting his own arrival in Cornwall as a child over 26 years ago, Marcus said that “moving from a more diverse area like Birmingham into somewhere where you are a minority, overwhelmingly so, is a strange feeling”.

Cornwall, while beautiful, is not known as the most accepting of places. Historically, Cornwall has always considered itself to be quite different, independent and apart from the rest of the country, as defined by anything beyond the River Tamar. Traditions, culture and freedom are closely guarded and the golden goose that is tourism, is somewhat bitterly endured as a means to and end, for the influx of people during the summer have a great many social complications, yet to be assuaged.

Black Voices Cornwall is made up of black, mixed heritage and white people, all who have the shared experience of living here. Experiences which have been tinted by racism and it is this perception of Cornwall that is certainly a deterrent to BAME people, according to BVC’s Dr Eny Ekebuisi, “who often feel more comfortable travelling abroad than they do down here”.

Cornwall however, is a complete mixture of people from across the UK, with only 13.8% of people who live in Cornwall defining themselves as actually Cornish, or of Cornish heritage. Therefore, Cornwall is made up of many different types of people who have decided to make their life down here and these same enjoyments and freedoms to do so should be felt by all ethnicities.

Dr Eny Ekebuisi who works as both a Clinical Psychologist and for Plymouth University, talks about the impact of a lack of diversity in the employment sector. “It is essential for the representation of black professionals across industry to inform the minds of young BAME people here in Cornwall” who otherwise struggle to see themselves within the community in positive roles, outside of the more negative stereotypes of black culture displayed by the media. It is essential therefore that we have organisations like Black Voices Cornwall, who can speak for the black community and disband any further misrepresentation.

Beresford Lee one of the Executive Directors and hosts of the BVC event, talks about the delicacy around the subject of racism.

“It’s important not to shut people down because they close up and it doesn’t work. We have to work together to uplift people, to help them see what they could be”.

Black Voices Cornwall are working with the institutions and establishments in this county; including education, the police, employers and many more, to ensure the equal and fair treatment of everyone who lives here.

What Black Voices Cornwall are striving for is a county that is proudly and actively anti-racist, for it is this type of status, that will set a president throughout the rest of the country and promote healthy change. Cornwall is a proud place, the first Council in the UK to declare ‘a climate emergency’ and it is well positioned to make this positive leap forward too.

If you’ve got a project focused on the support of Black History Month, we’d love for you to join us, start crowdfunding today!