We have some big things happening at Crowdfunder at the moment and we’re so excited to share them with you.

Yes, you read that right—we’ve taken the plunge into the world of podcasts and we’re loving it! On a daily basis we see, and interact with, so many inspiring groups and individuals who are doing fantastic things for their community and beyond. We thought that it was about time that we started sharing these amazing stories with you.

From the spark of an idea to where they are now, tune in every month to hear the stories that we can’t get enough of.

This month, we took a trip to visit the Green Weigh… 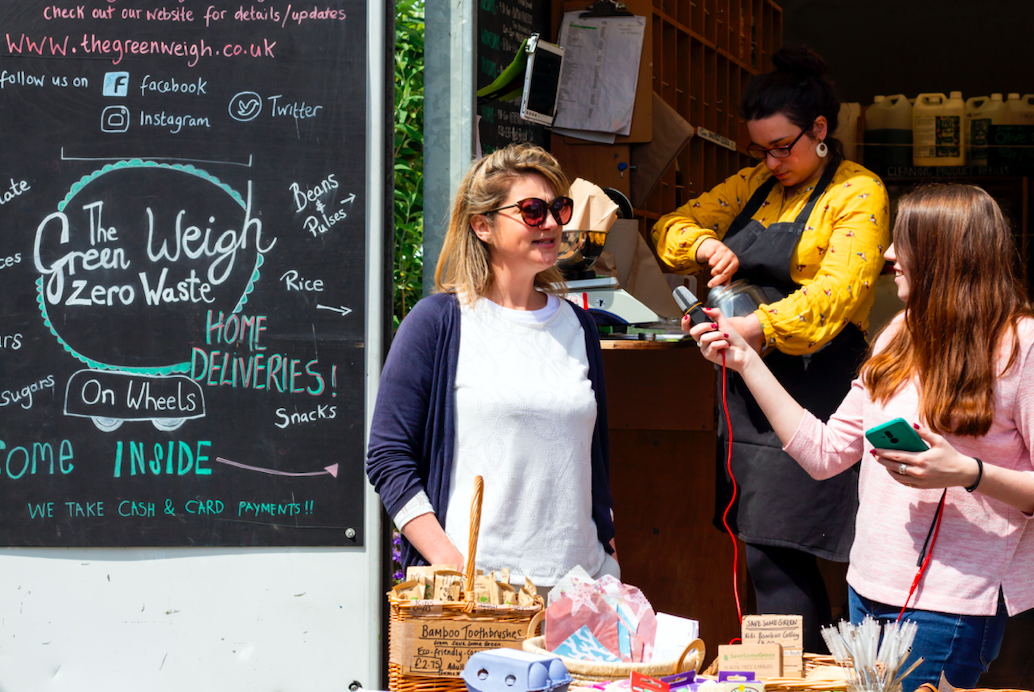 Who are the Green Weigh?

The Green Weigh began as an idea between four friends. Fed up with hearing about the environmental damage the human race was inflicting on the planet through single use plastic, the Green Weigh ladies began making changes in their own lives by reducing their plastic consumption. They started by visiting the UK’s first zero waste shop located in Totnes for a zero waste consultancy. This sparked their own zero waste dream. They envisioned a world where they could bring waste free shopping to the people of West Dorset, reducing the impact on the planet, and connecting their community. 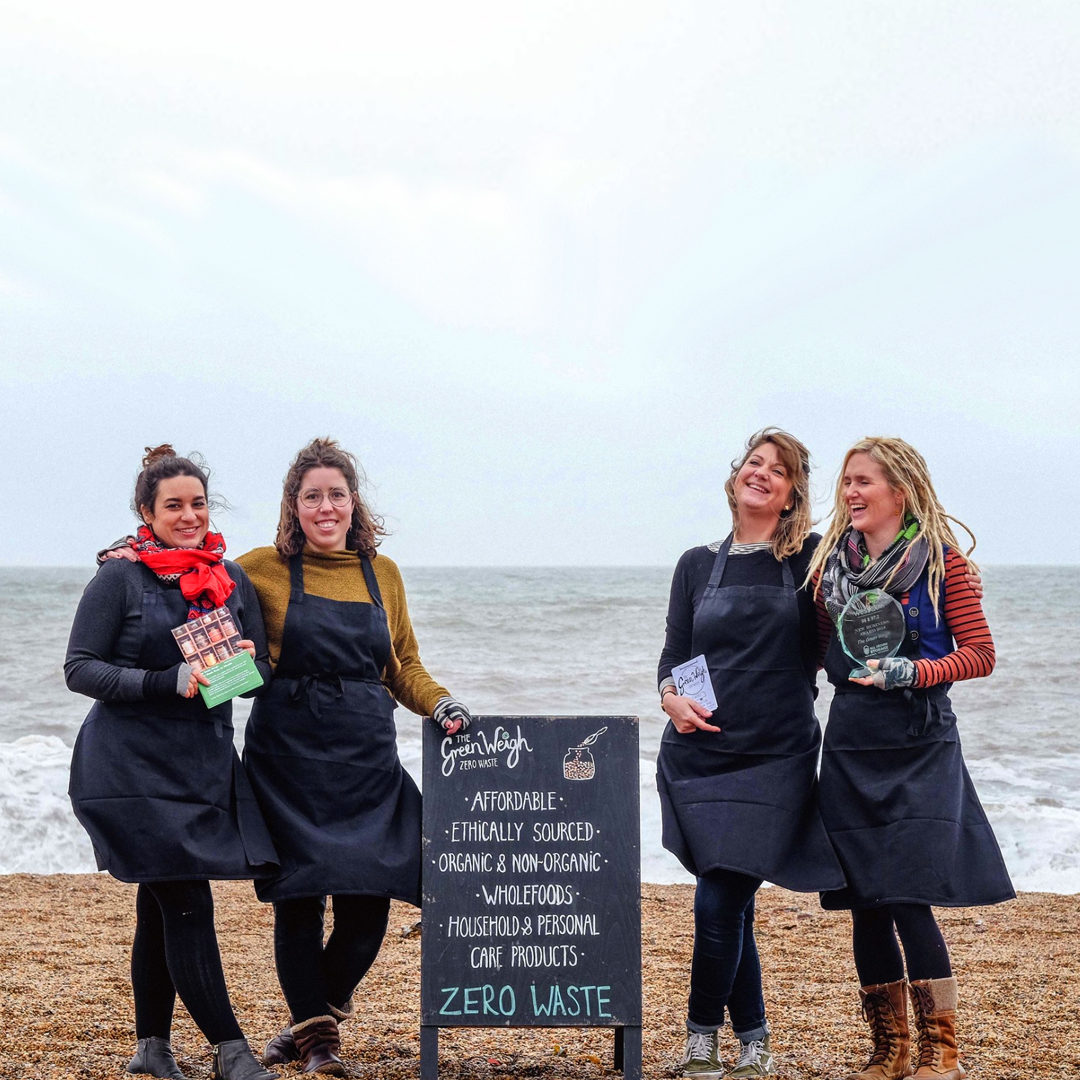 In June 2018 they took to Crowdfunder with an aim to raise £16,000. Spurred on by the hundreds of positive comments on their crowdfunding page, Libby, Kate, Lora, and Alex knew they were on the right track. In the end they surpassed their initial target and went on to raise £17,521 from 313 supporters in just 35 days!

In Wessex FM’s Local Business Awards 2018, they won the award for the Best New Business!

Plastic is beginning to swamp our planet. In fact, it is estimated that 8 million tons of plastic is dumped in our oceans each year, harming our wildlife. 40% of our plastic is single use plastic which means it will only be used once before it’s disposed of. From there it will end up in landfills, oceans, or in the stomachs of our wildlife.

Earlier this year an island of plastic waste was spotted floating in the sea, measuring several dozen miles long.

How can you help the plastic problem?

As you’ll hear in our podcast, even the smallest changes can have a big impact. Switching to a bamboo toothbrush or buying your fruit and veg unwrapped could be the start of a real change.

Believe it or not, Sir David Attenbourough has even been credited for a drop in plastic usage after Blue Planet II showed baby birds feeding on piles of rubbish. Named the ‘Attenborough Effect’, 53% of people reported a drop in their use of single use plastic which means we’re beginning to see a big change. 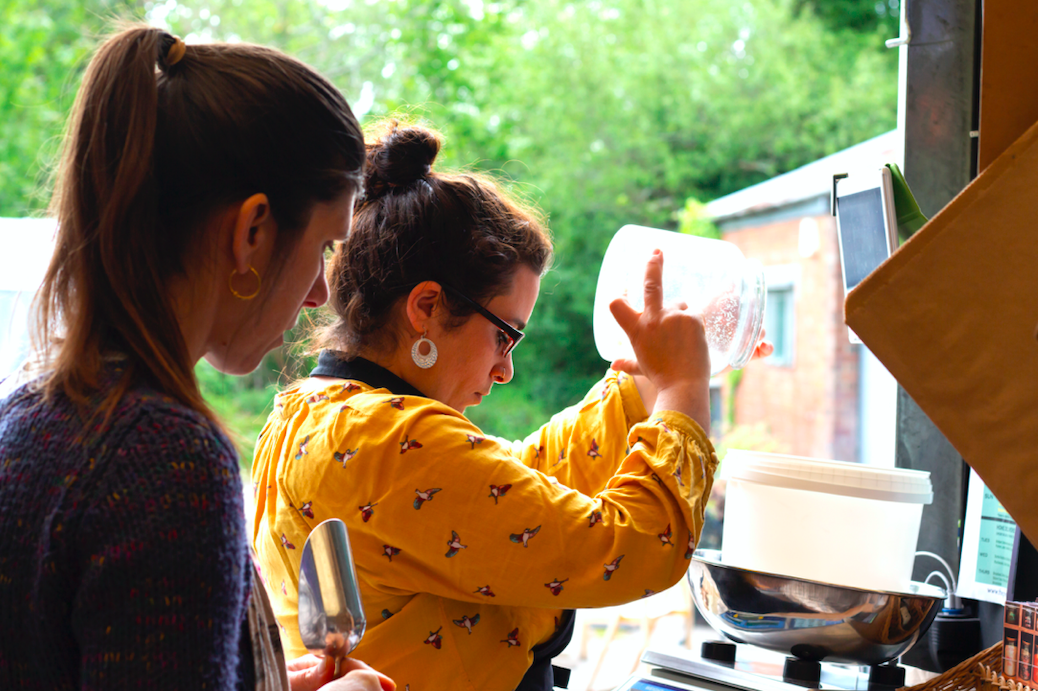 In fact, Crowdfunder has seen an increase of projects and campaigns which are focusing on zero waste or a reduction in plastic. Why not check out Jar, a zero waste shop which hopes to open in Plymouth, the Good Weigh which has already secured a premises in Lady Bay, Nottingham, or the Harmless Store which is hoping to move to a bigger space due to demand.

With the recent addition of a children’s book focusing on the plastic problem, a better future seems more attainable.

Why not listen to episode two | Power of the Ask?