We’ve seen a variety of projects and campaigns come to life on our platform and, at the end of the day, we’re extremely humbled to play a small part in making history.

In April 2019 the Hawker Typhoon Preservation Group set out not only to make history but also bring a lost piece of history back. Founded in 2016, this group was established to preserve and protect the sole surviving combat veteran Hawker Typhoon (RB396) and restore it to its former glory, educating the public and keeping the history alive for generations to come.

Aptly named ‘Resurrecting a Forgotten Legend’, the crowdfunding page went live with the intent to raise £50,000 to begin the long journey of restoration. In the end they smashed their initial target and went on to raise £67,127 from 579 supporters in just 21 days!

What was the Hawker Typhoon?

The Hawker Typhoon was originally introduced in 1941 to fly at high altitudes but it soon came to light that it wasn’t fit for its intended purpose. Though, it wasn’t the end for this legendary aircraft! After a rocky start to life, The Hawker Typhoon became one of the RAF’s most successful low-level ground attack aircrafts deployed during the Second World War.

The subject of this restoration was shot down on April 1st 1945 and crash landed in Holland.

Why is this important?

You might be wondering why an old aircraft is so important to the people of today. Well, with the 75th anniversary of the historic D Day Landings taking place tomorrow (Thursday 6th June), the world remembers the Second World War and the countless lives lost during those six years.

History is kept alive through exactly that—remembrance. In fact, Sam Worthington-Leese—one of the founding trustees of the Hawker Typhoon Preservation Group—has a deep connection to the past. His grandfather was a Hawker Typhoon pilot and this connection began his interest in the aircraft and the rebuild of the RB396. Though, as time passes, memories are buried along with those who experienced them and stories are lost.

Crowdfunding is a way to keep history alive and continue the stories from all those years ago. By including the crowd in the preservation of the past, the supporters themselves become a massive part of history.

The Hawker Typhoon Preservation Group has stated that by rebuilding the RB396 they will be “creating a living memorial to the dozens of ground crew and the 666 pilots killed operating the aircraft. When complete she will fly in their memory.” 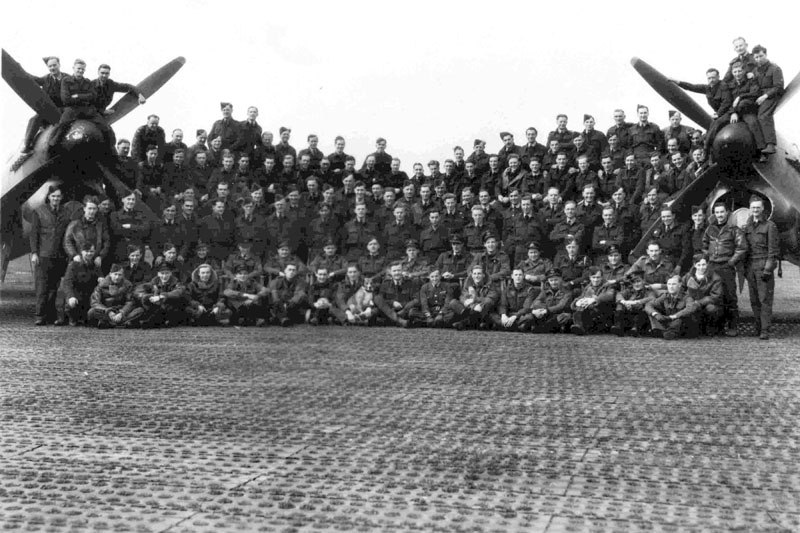 From a campaign to get a giant 20ft caricature of Donald Trump flying across London, or to fund the completion of the Langham Dome Spitfire Memorial, or even a group of people determined to #SaveTheBees, nothing is too big or too small for Crowdfunder. So, if you have a great idea then start crowdfunding today! You might even be eligible for our extra funding.