We were recently invited by FC Business, the trade magazine for the football industry, to tell the story of how Crowdfunder has supported hundreds of clubs during the pandemic. Our dedicated sports team explain how they worked alongside 13 leagues and a third of EFL clubs to produce a fan-led movement, calling on the Government and the Premier League to play their part in a more sustainable future for the game.

The latest blow for football came when the Government paused pilot events in September, aimed at getting fans back through the turnstiles.

But there is a growing movement led by clubs on Crowdfunder.co.uk, which has raised over £100 million for things that matter. Football matters, and it needs to be protected.

We already had a tradition of supporting clubs before the lockdown came into force, resulting in the overnight collapse in vital ticketing revenue. The commercial challenges were unprecedented, too, and clubs needed to adapt quickly. Shaking a bucket was not the answer, though.

We launched a campaign called Pay It Forward, initially to support the hospitality sector but the model was quickly adopted by football clubs and we waived our platform and transaction fees. Clubs kept every penny.

It generated more than £10 million of vital support into businesses, including a third of EFL clubs and hundreds of others. It enabled their commercial teams to pre-sell ticketing and their commercial portfolio to bridge the immediate shortfall in revenue. They were also able to forge a closer relationship between the club and fans by creating money-can’t-buy experiences in the way only football clubs can.

It proved an effective marketing device, driving meaningful fan engagement at a time when it was needed more than ever.

Matt Hancock had the game in his crosshairs in those early days of lockdown but his politics of distraction were misplaced. Clubs had already stepped up through the platform to take a prominent early role in the response to support great causes in their areas.

Dozens of League One and League Two clubs built community elements into their campaigns at a time when volunteer organisations and charities are struggling as much as anyone. We also worked alongside the 15 leagues to support their clubs in the pyramid where pound for pound, some of the biggest successes came. 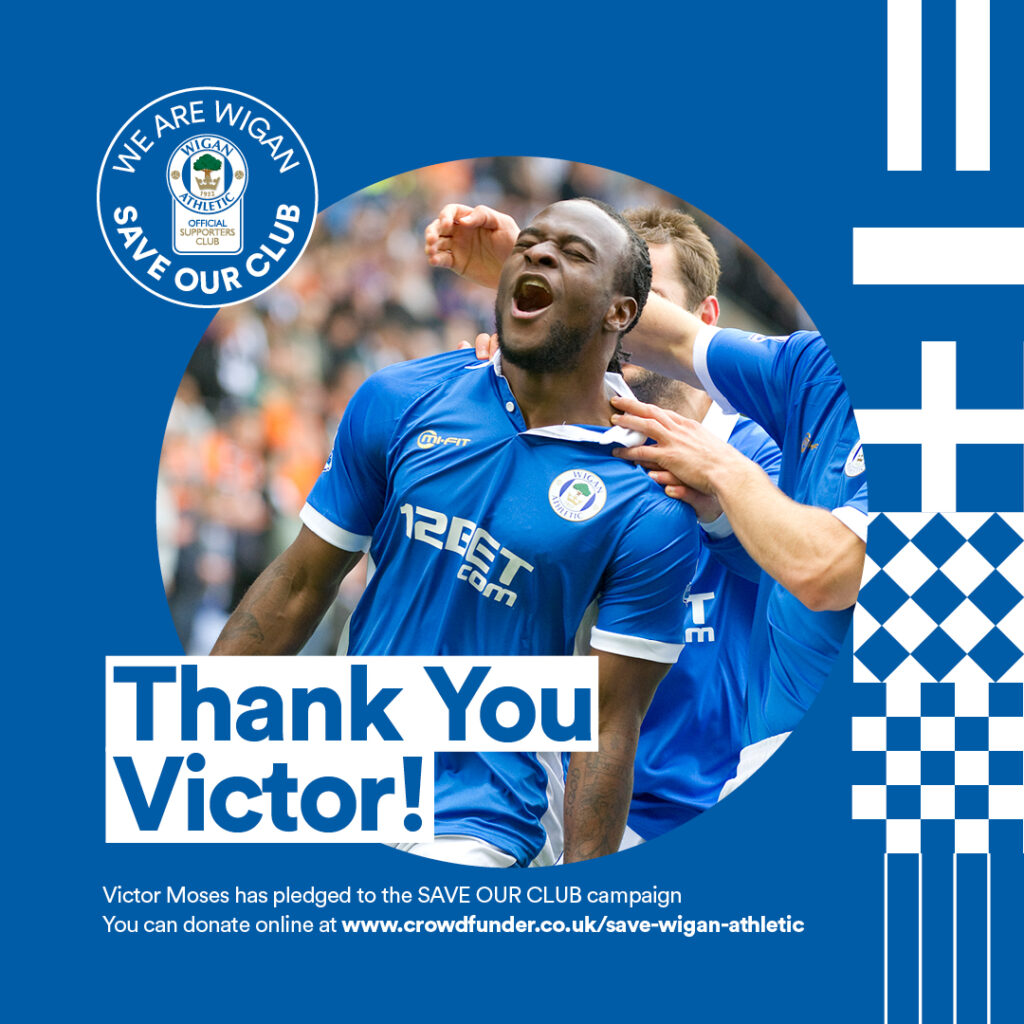 At the other end of the scale the ongoing campaign by supporters of Wigan Athletic is closing in on £1 million to secure community ownership. Lisa Nandy MP championed the campaign, followed by a host of past and present players who each played their part in spreading the message globally with supporters as young as five creating fundraisers directly for the cause.

But campaigns alone won’t solve the mounting issues. They’re an important step in the right direction but the opportunity is now there to build on this. The fans have done their bit, validating club ideas.

So we’ve developed a unique funding model where communities – or ‘the crowd’ – come together around clubs through Crowdfunder to unlock extra funding from our private, public and grant funding partners. It amplifies those campaigns and makes the ideas viable.

At this moment in time we have a pot of £10 million in funding, depending on what organisations are doing and where. It places our partners at the heart of every single story and the opportunity is there now for big brands, the Premier League and the Government to meet the football ‘crowd’ half-way to establish a more collaborative way of working.

Our work with Sport England to channel over £2.5 million into grassroots sports is a brilliant example of what’s possible, engaging communities to rally around thousands of sports clubs through the carrot of significant extra funding.

And it’s more than just giving. It’s creating behavioural change towards a more sustainable future. Developing digital skills. And reconnecting clubs with fans and local businesses, and opening up new relationships beyond their catchment. Now more than ever we need to work together. 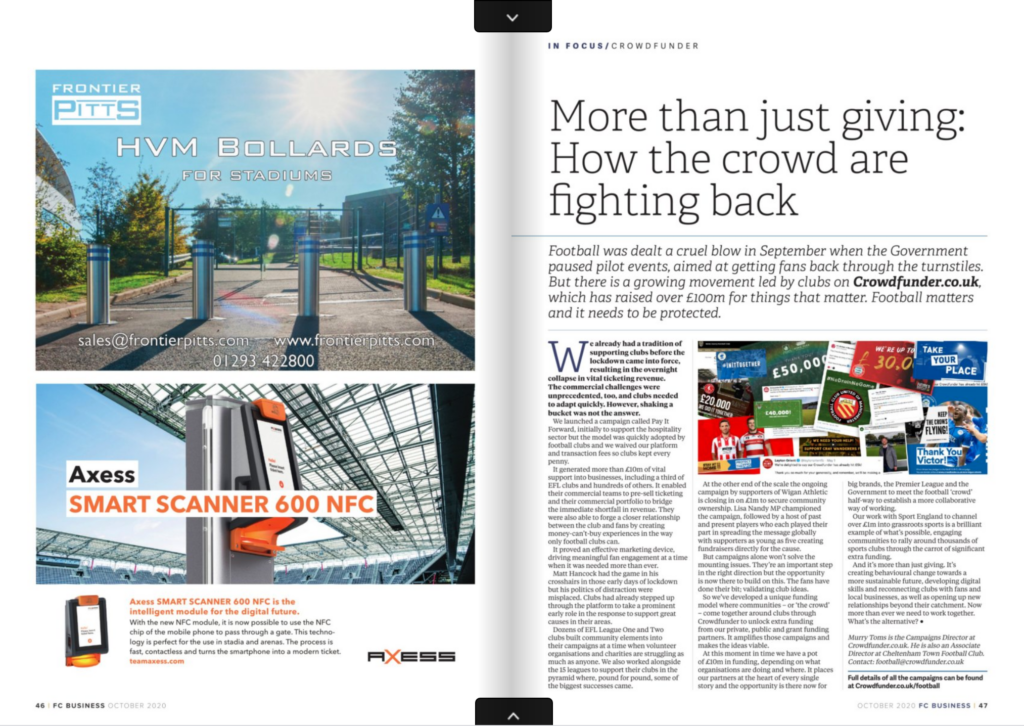