One unforeseen thing to emerge from the Government lockdown is the rise of live online fundraising, bringing us closer together with the stars of stage and screen at home.

Often unpolished and rough around the edges, the events are taking us into the homes of our favourite entertainers.

The moments are real, authentic and not without the odd technical glitch but they’re distracting us from the unreality of the situation.

It’s all a bit of a throwback for the core team at Crowdfunder.

It’s worked together since the late ’90s and the pioneering work on the first three series of Big Brother, when live streaming rose to prominence.

The unprecedented collision of television and the internet changed the way we consumed entertainment forever, and it set us on a path into crowdfunding.

Fast forward more than two decades and we’re seeing something just as powerful with live entertainment and crowdfunding. It’s brought us full circle.

We renewed acquaintances with Channel 4 to deliver the bespoke fundraising platform for a re-run of the 1966 World Cup Final, broadcast to support the work of the National Emergencies Trust (NET).

Final Replay ’66 reached 2.8 million viewers and attracted tens of thousands of donations, all of which were matched by our partners at NatWest to the tune of £1.5 million.

Crowdfunder has been working alongside the NET during the pandemic and the appeal’s website, dowhatyoucan.net, is set to be the largest fundraiser of the crisis with over £65 million donated. 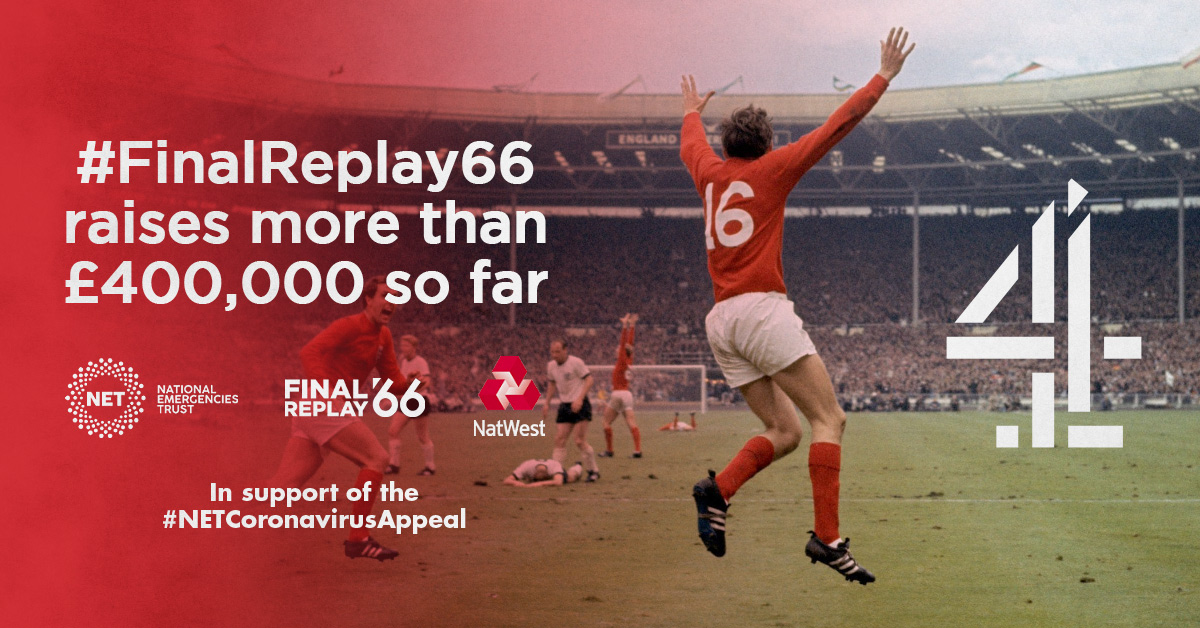 “We’ve been running NET’s fundraising platform for a while, but in terms of our involvement on a TV format, this is our first foray,” said Simon Deverell, our founder and creative director told The Drum.

“The World Cup 1996 final was a sporting event that unified us as a country,” he explained. “Right now, with everyone in lockdown together, it felt like an apt time to repurpose this national treasure content and add a fundraising element to the event.”

It’s not just about sport, though. We all need something to smile about in these challenging times and comedy fundraising has provided it on Crowdfunder.

The Covid Arms is a virtual pub and quickly established a comedy circuit on Crowdfunder when the lockdown came into effect.

Thousands of fans have snapped up livestreams for a couple of quid while the more adventurous audience members have joined the ‘front row’ for a fiver, enabling them to take part in the shows and interact with their favourite comedians.

It has attracted the UK’s top comedy stars and gone on to raise a staggering £100,000 for the Trussell Trust in a matter of six weeks, culminating in a world record last weekend.

Working together we threw open the doors to the ‘world’s biggest virtual pub‘ and invited 16 of the UK’s best comedians to take part in a live pub quiz, hosted by Kiri Pritchard-Mclean.

The likes of Russell Howard, Rachel Parris, Lucy Beaumont, Jon Richardson, Joe Wilkinson, Nish Kumar, Mark Watson and Jason Manford joined in to support local pubs across the country, who were able to sell tickets to the show through our platform and generate some income at a time when it is non-existent.

Beavertown brewery also provided cases of its beer and limited edition prints as rewards in the quiz, which were automatically added to the crowdfunding pages of the pubs that took part. The proceeds went directly to those struggling businesses.

In the end we attracted 6,270 paying punters, many of whom donated to feature alongside the stars, earning our place in the Guinness Book of World Records. 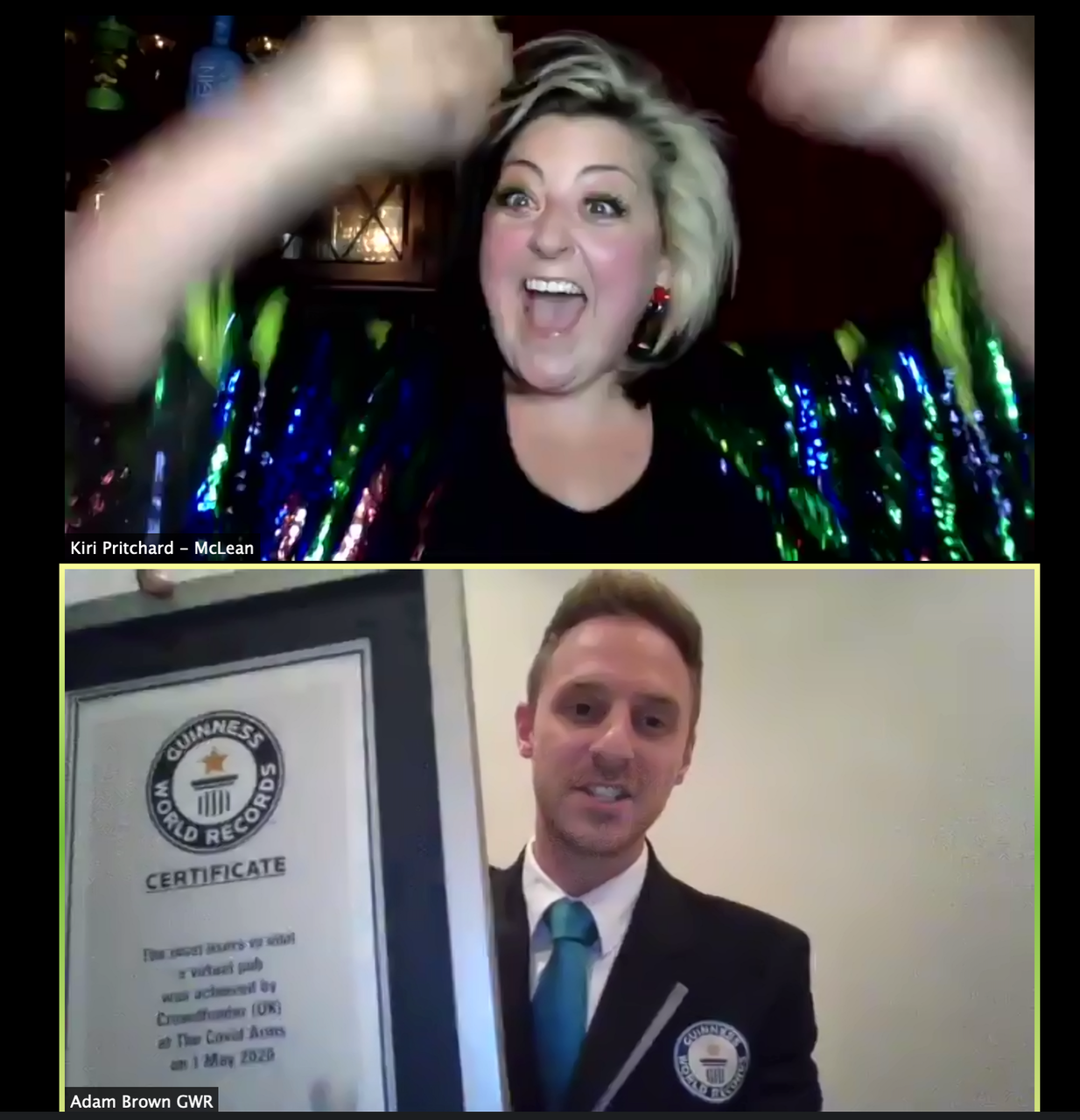 Deverell said: “We knew we could rely on the Great British public for this one.”

“It was amazing to see everyone join together in the tradition we all know and love, whilst raising money for such good causes.

“Now more than ever people need a good laugh and drink with friends, we wanted to bring that to them whilst we’re all at home; showing our support for the emergency workers across the country, and giving something back to the local businesses who are at the heart of our community.”

Welsh comedian Kiri, ‘landlady’ of The Covid Arms, added: “I am elated to have been a part of making a Guinness World Records title.

“It just shows you how dedicated people are to pubs and to having a laugh in the face of difficult times! Now, if you’ll excuse me, I’m off to drink my bodyweight in beer to celebrate.”

Jess Lea-Wilson, co-founder of The Covid Arms, added: “Who would have thought that a joke of an idea my brother and I had just one month ago would end up breaking a world record?

“Thanks so much to every single person who has made this happen.”

Guinness World Records editor-in-chief Craig Glenday said: “Many congratulations to the Covid Arms and its punters on their record-breaking knees up.

“Rubbing virtual shoulders with celebrities, stand up comedy and raising a ton of money – can we do this every week?”

From the food world we have been working alongside Rick Stein and his sons on their Virtual Food Festival, which serves up the best of the foodie world live on YouTube.

They are supporting the National Emergencies Trust as well as local food suppliers, who are struggling with the downturn in trade.

The live shows, hosted by River Cottage author Steven Lamb, have seen the Steins together with Harry Redknapp, Mark Hix, Gizzi Erskine, Angela Hartnett and many others raise the profile of the difficulties faced by so many small food businesses, offering a way to the audience to support them through crowdfunding.

The platform has added another layer to the show to connect the stars, the producers and its audience and has established a legacy for the initiative beyond the entertainment on offer.

Like the virtual pub we incorporated our Pay It Forward campaign, meaning people could pledge their support to local food producers at a time when they need help the most. 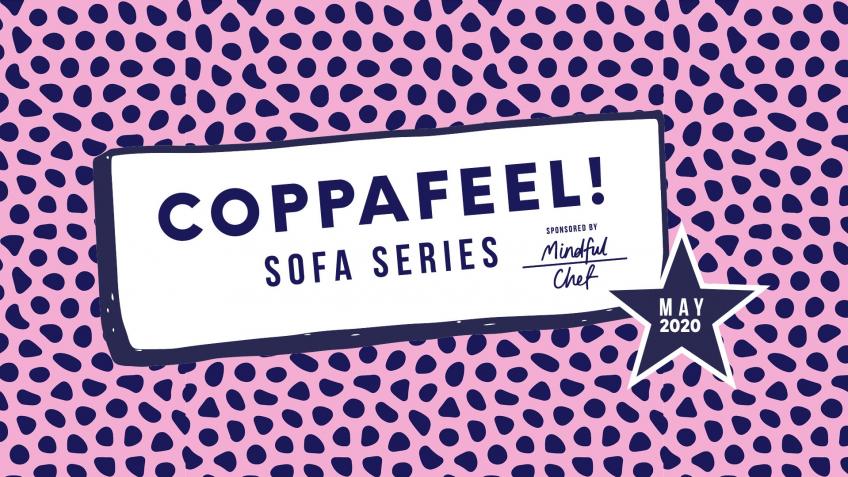 Actress Carrie Fletcher, Radio 1’s Abbie McCarthy, Little Mix star Perrie Edwards and presenter Greg James are all slated to join them on the sofa in the coming weeks.

Radio star James has also brought his ‘Tailenders’ podcast to Crowdfunder, which he presents alongside England cricket legend Jimmy Anderson and Felix White, raising almost £55,000 for both the National Emergencies Trust and the Trussell Trust. 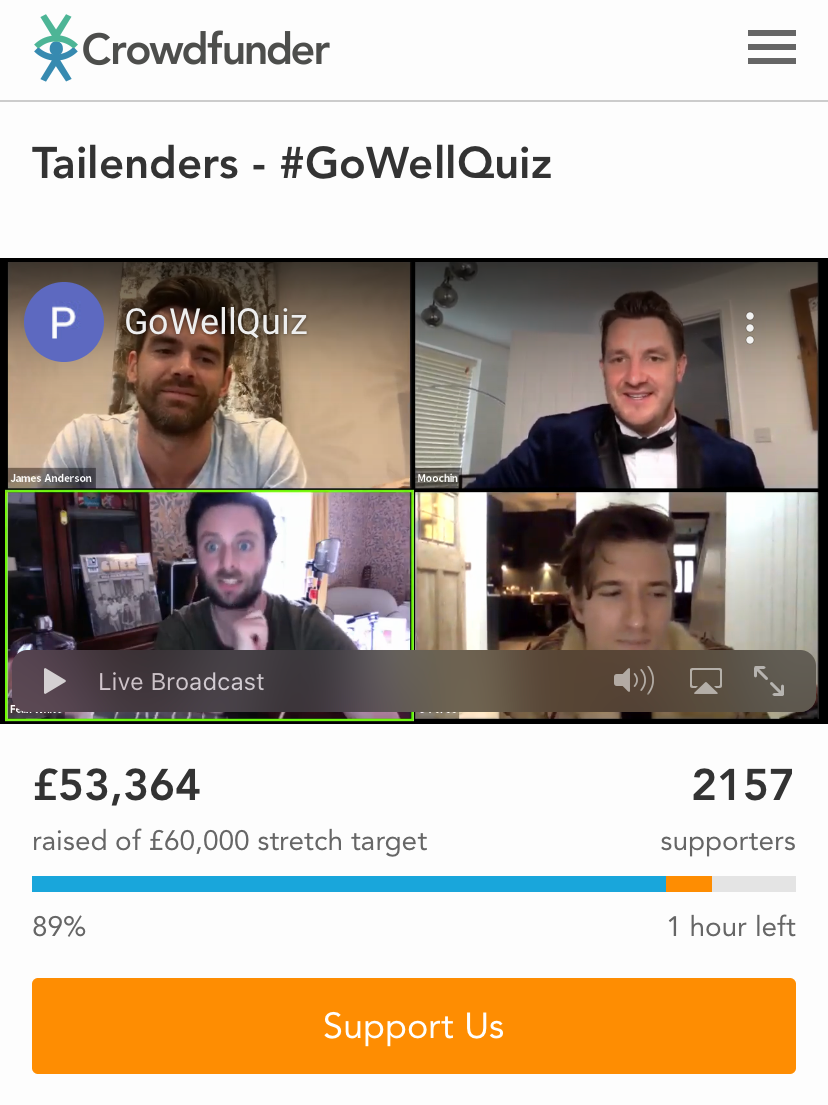 And one of the UK’s leading scientific gatherings, the Cheltenham Science Festival, is working with us to drive donations to help honour its commitment to their charitable beneficiaries after going online for this year’s event. It will be hosted by AIDA, an artificial intelligent host and will feature Brian Cox among others.

It’s not all about digital of course. In the real world there’s a battle raging on Crowdfunder to save our iconic grassroots music venues, where live music has thrived for generations.

We’re working with the Music Venues Trust to support almost 200 venues in all four corners of the country at this potentially catastrophic time.

Elsewhere 2000Trees is one of the many abandoned music festivals this summer that’s turned to the platform and has raised over £100,000 to ‘keep the dream alive’ following its postponement due to the crisis.

Charlatans frontman Tim Burgess is also spearheading the #BrokenRecord movement off the back of his successful listening parties on Twitter.

Right now we’re proving time and again that crowdfunding and live entertainment is a powerful mix.

It’s what we’re about, and what we set out to do all those years ago. Using technology to break new ground in how we reach new audiences.

It created the foundation for this moment, and it’s making a real difference to thousands of lives in the UK as we speak.